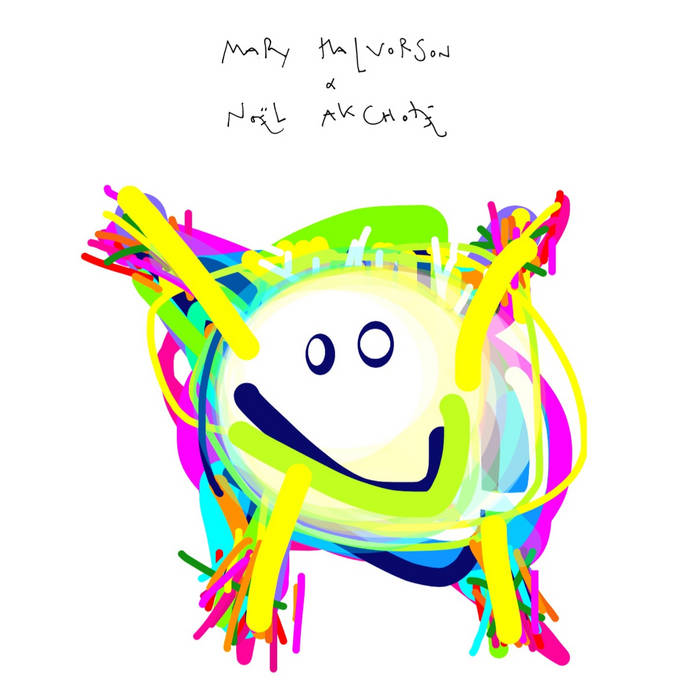 Throughout his career, Noël Akchoté has been a consistently inventive and innovative guitarist. While often associated with the avant-garde, he has a well-rounded style that is an extension of the earlier jazz guitar greats.

His newest recording is simply called Noël Akchoté & Mary Halvorson. It is a set of duets with the brilliant guitarist Mary Halvorson, a major innovator ever since she emerged on the scene in 2002. While he had been familiar with her playing for several years, Noël did not have direct contact with Mary until 2015 when she recorded “Cheshire Hotel” (from his Lust Corner album) on her Meltframe CD for the Firehouse 12 label. “I invited her to participate on my performance of ‘Gesualdo Madrigals for Five Guitars.’ We spent three days together before we played a show in Nantes, France. A little later on, we recorded our duet album. I can recognize her playing immediately. In many ways playing music isn't just about what you play but how you are and who you are in life. Performing with Mary challenges me a lot. She pushes me into some much different areas than usual.”

Noël Akchoté and Mary Halvorson went to Les Ateliers Claus, a recording studio in Brussels, creating their joint CD in two hours with no real rehearsals. “I love the very first moments in music and I did not want to spoil them by having too much preparation.” The first ten selections on this set are all Noël’s originals which he modestly describes as “nothing too complicated, mostly lyrical lines with open changes.”


Mary Halvorson has been active in New York since 2002, following jazz studies at Wesleyan University and the New School. After three years of study with visionary composer and saxophonist Anthony Braxton, she became an active member of several of his bands (and appears on six of his recordings). She also performed alongside iconic guitarist Marc Ribot (Sun Ship and The Young Philadelphians), and over the past decade she has worked with such diverse bandleaders as Tim Berne, Taylor Ho Bynum, Tomas Fujiwara, Ingrid Laubrock, Myra Melford, Jason Moran, Joe Morris, Tom Rainey and Mike Reed. maryhalvorson.bandcamp.com

Noël Akchoté, born in Paris in 1968, he started guitar at the age of 8. Soon meeting and studying with artists such as Tal Farlow, Barney Wilen, Chet Baker, Philip Catherine or Jacques Thollot. During the early 90's, he started to explore beyond jazz, also playing more experimental and improvised musics, playing in the groups of Henri Texier, Louis Sclavis, Daniel Humair, Sam Rivers as well as with Derek Bailey, Marc Ribot, Fred Frith, Evan Parker, Lol Coxhill, Tim Berne or George Lewis. He collaborated since with David Grubbs, Luc Ferrari, Rolf Lislevand, David Sylvian, Roedelius and Jim G. Thirlwell. He signed many soundtracks and runs since 2010 a “digital only” label with over 600 references (from early music, to any type of re-readings or fusions). www.noelakchote.org

Bandcamp Daily  your guide to the world of Bandcamp